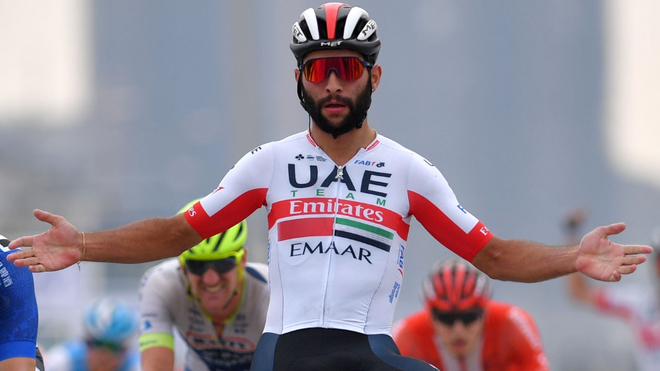 Colombian Fernando Gaviria, UAE Team Emirates sprinter, was a real missile on arrival in Pontedera to prevail, after 182.9 kilometers, in the Giro de la Toscana.

The runner from Antioquia was intractable and irresistible to overcome with great authority the rest of the sprinters present in this 92 edition of the Italian classic.

His superiority was such in the final stretch that he had time to look back to see that no one could snatch the victory from him and to raise his arms when crossing the line, with a time of 4:14:36.

This victory, the first for a Colombian in this event, in a way makes him forget the two second places he had in the Tirreno Adriatico after the German Pascal Ackermann.

“Whenever I put a number on my bike I want to try to win. I made a couple of mistakes in Tirreno but I have recovered well since then and today we did a good job as a team. I was sitting a little further down in the group trying to avoid stress and I saw an opportunity to go early in the sprint and managed to get a big gap and luckily no one passed me. “