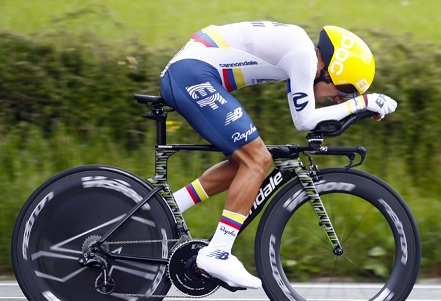 BOGOTÁ. Road cycling begins its path this Wednesday, August 7 at the Pan American Games with the individual time trial for women and men in the Circuit of the Costa Verde.

The timed test that will have four Colombian representatives on the starting line will begin at 9:00 a.m. Colombia time with the ladies who will travel 18.5 kilometers. And it will end with the participation of men starting at 11:30 a.m. that will measure forces over 37 kilometers.

With an important possibility of aspiring to the medals, they are registered by Colombia, the National Champion of the Daniel Martínez modality and the Pan American Champion of the same, Brandon Rivera, men who in the previous one are presented as the most serious candidates for the golden medal and make you dream of a tricolor podium.

Antioquian Lina Hernández and Bogota’s Lina Mabel Rojas will be the Colombian representatives in this time trial for the women’s branch, which will carry out its exercise over 18.5 kilometers. The young runners who come from being Bronze medalists in Team Pursuit on the track, make dream of their great talent and important international experience. (mundociclistico.com)