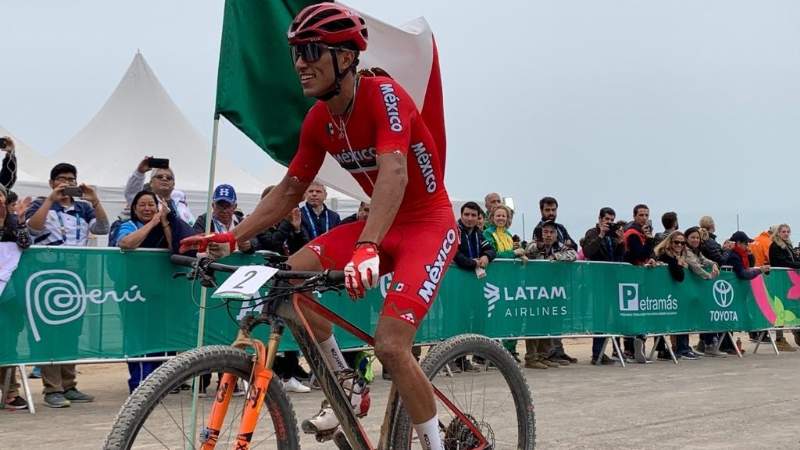 LIME. The team member A.R. Program Cycling Teams Gerardo Ulloa hangs the golden medal at the Pan American Games Lima 2019, making history in cycling in Mexico by being the first mountain cyclist to achieve this feat in the American fair.

The mountain biking star Gerardo Ulloa experienced an exciting competition within the XVIII Pan American Games Lima 2019 when fighting side by side during the first five laps for the first position with the Brazilian Henrique Avancini Da Silva, ranked third in the world, who unfortunately suffered a puncture that led him to retire for a few minutes of the test.Gerardo Ulloa without further took the lead in the sixth round expanding his advantage against the Chilean Martín Vidaurre who occupied the second position after the departure of the Brazilian Avancini.

For the last lap, the Mexican Ulloa passed in the first place with a difference of 2 minutes 46 seconds over the Brazilian Avancini who resumed the race by knocking out Vidaurre to leave him again in third position.

Gerardo Ulloa along with the Mexican flag in his arms crossed the finish line in the first position to become the best mountain biker in the Americas. With a difference of 2 minutes 6 seconds the Brazilian Henrique Avancini Da Silva entered who also achieved a true feat by recovering from what happened during the event; the third place went to the Chilean Martín Vidaurre.

“A medal that we have been looking for a long time, fortunately everything was given, everything settled, we go with the gold medal” said Gerado Ulloa at the end of the test to CODE Guanajuato.

Gerardo Ulloa will be returning to our country with the gold medal to continue entering with his teammates of AR Program Cycling Teams Adair Prieto, Monserrath Rodríguez and Isabella García for the World Championship that will take place in Mont Sainte, Canada on the 28th of August to September 1, 2019. (diariodecoahuila.com.mx)