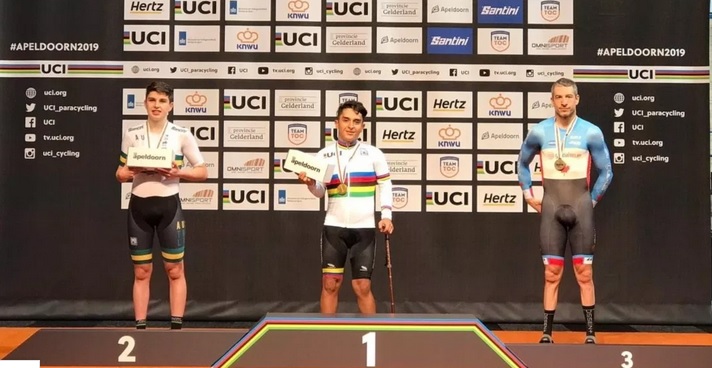 BOGOTÁ. An exceptional birthday gift has been presented this March 15 Alejandro Perea. On the day that celebrates its 22 years, the runner of the Colombia Selection Paralympic Apple Block has been proclaimed Orbital Champion in the test of the Kilometer against the clock C2, retaining his crown of the previous year, and incidentally has imposed a new world brand.

At the velodrome in Apeldoorn, Holland, where the Paralympic track world is held, Alejandro flew over his machine, recording a time of 1: 12: 838, improving the mark imposed by Chinese Xie Hao on April 12, 2014 in Aguascalientes, Mexico, with a final record of 1: 13.235.

The second place in the present world was for Gordon Alan (Australia) with 1: 12: 873, while the podium was complemented by Tristen Chernove (Canada) with a record of 1: 13: 534.

Alejandro adds in this way his second medal in Apeldoorn 2019, after the bronze obtained this Friday, March 14 in the individual pursuit, and the third prize for the Colombian delegation, added to the silver medal won by Carolina Munévar in the female individual pursuit . (Fedeciclismo Colombia)