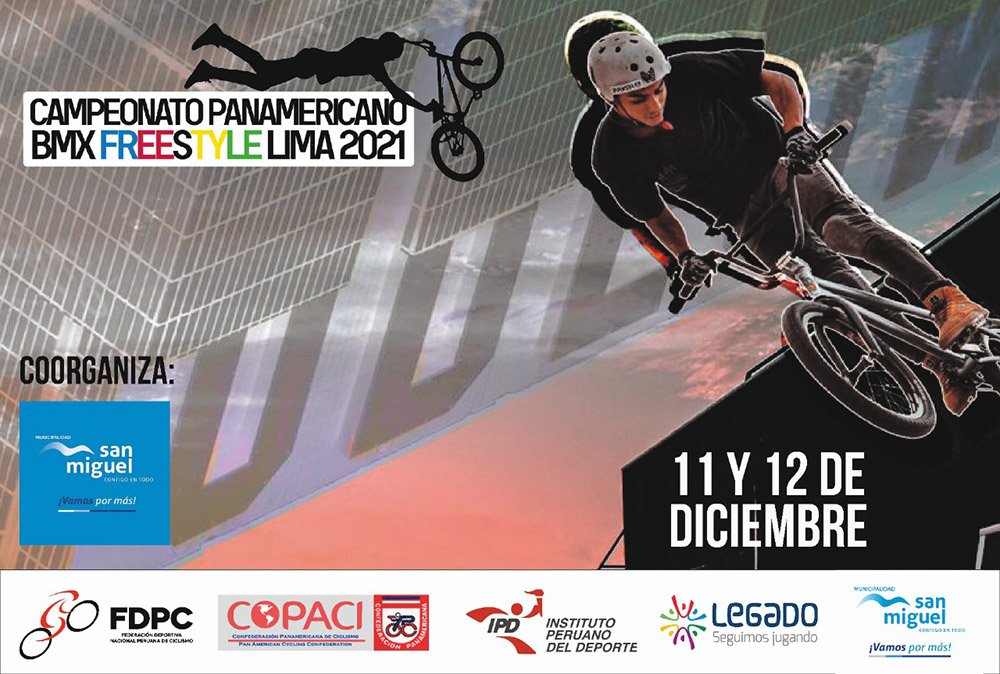 The Peruvian Cycling Federation (FDPC), with significant support from the Peruvian Sports Institute (IPD) and the Pan-American Cycling Confederation (COPACI), will organize the Pan American BMX Freestyle Lima 2021 Championship, to be held on 11 and December 12, 2021.

In the competition, which will be held at the Costa Verde Pan-American Complex, the presence of Olympic cyclists is announced, such as the silver medalist in Tokyo 2020 Daniel Dhers, from Venezuela, as well as the Costa Rican Kenneth Tencio, world runner-up in 2018 and the American Nick Bruce, bronze of the orb in 2019.

This championship will have the participation of more than 60 athletes from 11 countries, who will compete for the medal and the title of Pan American Champion. The CC event is valid for the personal score of each athlete before the International Cycling Union (UCI).

In addition to the Peruvian delegation, the participation of athletes from Argentina, Brazil, Chile, Colombia, Costa Rica, Ecuador, the United States, Panama and Venezuela has been confirmed.

“We are very excited about the realization of this international event, it is the first time that a championship of this magnitude has been held in the American continent and we want to measure up so that each athlete feels comfortable.

“We will have the presence of great Olympic stars that will enhance our organization and raise the level of our national athletes, who are already preparing for the events of the 2022 international calendar,” said the president of the FDPC, Gustavo Matus de la Parra.

This event is being carried out with the collaboration of the Peruvian Institute of Sports and the co-organization of the Municipality of San Miguel.