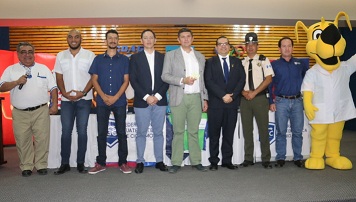 There will be 4 stages, the first will be 90 kilometers, exit and finish at km 36, in front of Restaurante, El Potrero, circuit between Barberena and El Cerinal.

The second stage will be made of Super 24, Escuintla, will take route to Puerto San Jose, Masagua and El Autodromo, Pedro Cofiño, 102 kilometers for the elite, in the same day will compete categories, master, promotional and female with different mileage.
The third stage will run on Carretera al Atlántico, exit at km 16, will take route to Sanarate to connect with Jalapa, a stage that will present high mountain, especially in the final part of the race, will be 95 km of competition.

The last day will be played the Olympic circuit in zone 5, it will be a test by time, plus one round, for each of the categories. (Nery Ajsivinac / Press F.G.C)