GUATEMALA: THIS THURSDAY WILL START THE TOUR GIRL 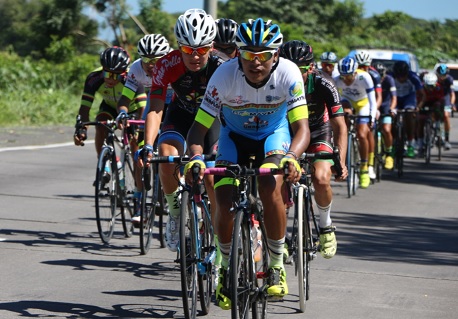 GUATEMALA CITY. From September 19 to 22, the 55th International Youth Tour to Guatemala, the traditional Vuelta Chica, with teams from Colombia, Honduras and Guatemala, will be run on roads in the departments of Sololá, Escuintla, Santa Rosa, El Progreso and Guatemala, a total 398 kilometers of travel.

One of the experienced Colombian cyclists who will come in search of the crown of the Vuelta de la Juventud will be, Adrian Vargas, on his third visit to the country.

Historic first stage in Barranerché, Totonicapán, on Thursday, September 19 from 10 am, 5 laps circuit between, El Novillero and Mojón 135, with a goal in Barranerché for 110 kilometers of competition.

On Friday 20, at 9 in the morning, departure from Super 24, Escuintla, pass through Puerto San José, returned by Masagua, Escuintla and finish at the National Autodrome, Pedro Cofiño for 101 kilometers of race.

On Saturday 21, the queen stage of the event on the road to El Salvador runs, with departure at kilometers 25, a circuit of 3 laps between Cerina and Barberena, climbs the Chilero and finishes km 25, 4 mountain awards , will be the most complicated of the event.

Ending on Sunday, September 22, with departure at km 14.5, the Road will be taken, Jacobo Árbenz Guzmán, returning at the second entrance to Sanarate, will ascend in the Eternal with goal at km 24. (Nery Ajsivinac / Prensa F.G.C)