INTERNATIONAL CHAMPIONSHIP OF THE BMX LIGHTS: ANDRÉS ARENAS AND ANDREA ESCOBAR VENCIERON IN THE FIRST DAY 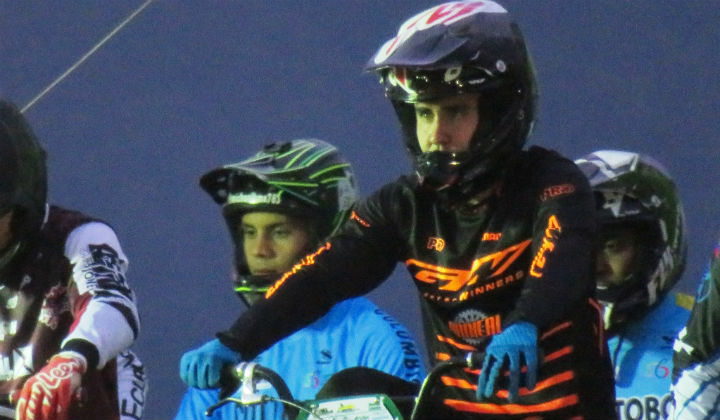 BOGOTÁ. The XIII International BMX Lights Championship, which takes place from December 6 to 8, at the Antonio Roldán Betancur Challenger track, had its first winners. The elite category, in charge of closing the program on Friday, left as winners the Antioquenos Andrés Arenas and Andrea Escobar. It should be noted that to know the absolute champions, the cumulative of the races of the two days will be added

The surprise that left the first day of competition of the Lights, was the victory of Sands, relegating to Carlos Mario Oquendo, the favorite and the dominator of the mangas of classification and semifinals. On the other hand, Escobar had a close, in front of the runner Manuela Martínez BMX Riders club, but belonging to BMX Stars, showed experience and stayed with the last race.

Another prominent runner was Santiago Santa Moreno; the W5 of the world was classified to the maximum masculine final, being the youngest of the category with 14 years.

Before that, the competition began with the participation of seed companies. Participants from 5 to 17 years of age, competed for fair play and respect for bicicross. At the second hour the rookies and beginners did the same, managing to score points for the final races of the last day.

This being the case, this Saturday, December 8, the winners of the International Championship of Lights of 2018 will be announced, which started from 8:00 a.m. (Mundociclístico)