LA FAROLA AWARD OF CYCLING IN THE WAITING COMPASS 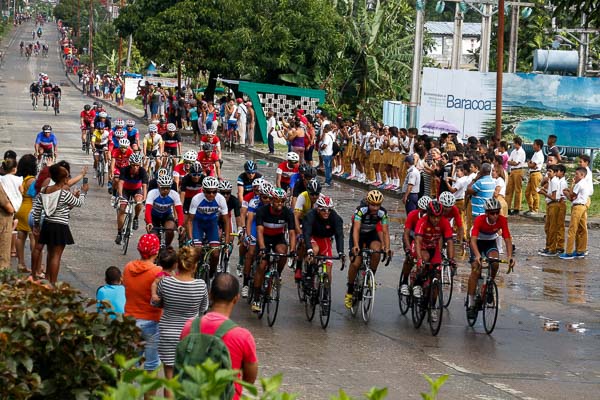 HAVANA. The VI National Classic Road Cycling was postponed for the month of March (7 to 17), but several of the teams planned for that fight will animate the rescued La Farola Award, from this Friday until February 18 with a tour of four stages.

The Classic will not be released on February 21, as was originally planned, informed national commissioner Pablo Arturo Campins. «The coincidence with the constitutional referendum of February 24 was analyzed. From before all the provinces are immersed in the organization of this transcendental process, “he said.

«We will take advantage to work in all the aspects that require a cyclic turn, very demanding in terms of logistics and organization. Not only to meet the technical aspects that athletes need, but also for the population to enjoy a beautiful show, the only one that walks from one end of the island to another in such a short time, “he added.

Campins assured that the territories will continue working in this sense, because all this contributes to be ready for when the international returns to Cuba resume, “a dream of all cyclists and the family of this sport,” said the director.
The National Classic will keep its schedule of stages, schedules and mileage identical. The 10 competitive days and the rest day in Trinidad prevail, with the delivery of the metals in front of the multi-purpose room Ramón Fonst, as happened in the 2016 version.

In total they will be 1295.3 kilometers, from the First City to the capital, according to the technical guide of the race. Along the way, there will be 10 flying goals with a bonus and 17 without that attractiveness, as well as five category B mountain and three C level awards.

For now, several teams are or are heading towards Guantánamo to take part in the traditional La Farola Prize, which for the first time will have its climax in Maisí, the easternmost municipality of the Island.
It will begin on the 15th with a downtown circuit in Guantánamo, where they will cover 60 kilometers. A day later, the distance will increase to 90 km, since it will include the Limonar area, in an online race that concludes with a few laps around the Reparto Caribe.

On Sunday 17 there will be a 65-kilometer bus transfer to San Antonio del Sur, a town in which contestants will ride their bicycles, warm up and seek to arrive as early and as best as possible to the First City (90 km), after the Squad climb to Altos de Cotilla and descend to the line of judgment in the most rugged section of this adventure.

The fourth and last day will be a novelty because, for the first time, a stage will be discussed from Baracoa to Maisí. The segment will be 98 km to the easternmost point of the country, which perhaps most of the caravan has never visited.

Rolando Vera, international commissioner who will act as principal in the contest, told JIT that they had registered their sextetas the provinces of Matanzas, Sancti Spíritus, Ciego de Ávila, Las Tunas, Holguín, Santiago de Cuba and the hosts. (Lisset Ricardo / JIT Newspaper)