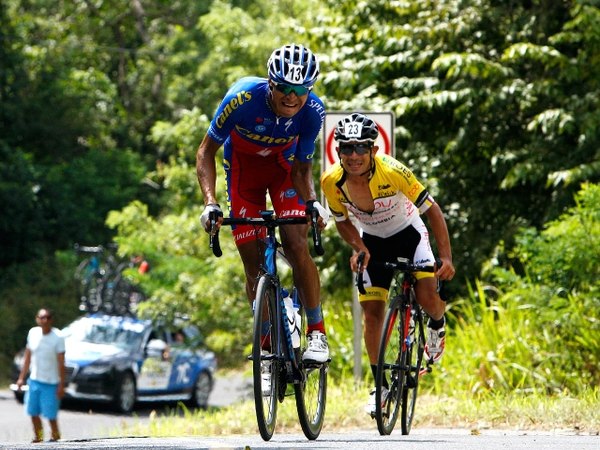 SAN JOSE. The victory of Mexican Efrén Santos, in the second stage of the Vuelta a Costa Rica 2018, not only allowed him to take the lead, but also give a blow of authority in his desire to conquer the Costa Rican turn.

Santos, of the Canel’s Specialized team, was the best in the 122-kilometer start with a time of 3 hours 2 minutes and 8 seconds (3:02:08) between Cañas and La Cruz, Guanacaste, and also took advantage of more than 18 minutes to the favorites to fight the title, as are the cases of Román Villalobos (Canel’s), Joseph Chavarría (Nestlé 7C) and Colombians Óscar Sánchez (Canel’s) and Aristobulo Cala (TCBY).

The Aztec, along with Diego Cano beetle (TCBY) and Elias Vega (Nestle), staged a long flight that ended in ascent in La Cruz, which took advantage of the Aztec to make a difference of seven and 19 seconds to Cano and Vega, respectively , who could not stand the winner’s step.

At 1:04 minutes the ticos Daniel Bonilla and Bryan Salas (Nestlé) reached the finish line, who survived the debacle and continue in the fight for the national turn, while Villalobos, Chavarría, Sánchez and Cala were left behind and compromised their chances of fighting the return

In the day the great handicapped was the Russian Maxim Piskunov, who in addition to losing the shirt of leader, also yielded his first place in the modality of flying goals.

Efrén Sánchez, who in the last two editions climbed to the top of the podium and was even the champion of the mountain in the 2017 edition, made a very intelligent race, which allowed him to cross the finish line first.

“Thank God we were given the stage. Last year we were also leaders and it’s something beautiful. This is just beginning, but it is a small advantage in our aspirations, “said Santos.

This Tuesday will be held the third fraction with a flat and very hot route between La Cruz, Philadelphia, Santa Cruz and Nicoya with departure at 9 a.m. (Juan Diego Villarreal / nacion.com)