MEXICO OF SELECTION TO THE TOUR TO SAN JUAN 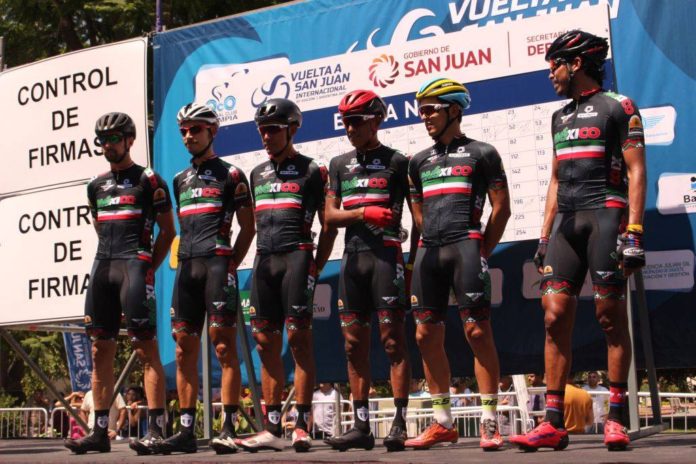 MEXICO. The Argentine Cycling Federation sent the invitation to the FMC (Mexican Cycling Federation) to participate in the 37th edition of the Vuelta San Juan UCI 2.1 2019, the event is scheduled to start from January 27 to February 3, with 7 stages of travel.

The Vuelta a San Juan 2019 will be a parade of stars, the teams will be divided into six World Tour, five continental professionals, eight national teams and eight continental teams. Among the professional teams are the Movistar of Spain; UAE Team Emirates, United Arab Emirates; Bora Hansgrohe from Germany; Quick Step; Lotto Soudal and the Dimension Data.

The packers Maximiliano Richeze of the Quick Step, the three times world champion, Peter Sagan with Fernando Gaviria of the UAE Team Emirates, in addition to Mark Cavendish who now runs with e Dimension Data, will be those who provide a show in the last meters of the stages with Massive arrival

For Mexico and its cyclists it is a new opportunity to be shown in the professional plane, year after year the Mexican Cycling Federation has received the invitation to this important event, in 2015 and 2016 the national team had outstanding performances, finishing in the second place overall by teams, in addition to being protagonists in the stages, in the 36th edition the Canel’s team from San Luis Potosí had an excellent participation, with Ignacio Prado and Roman Villalobos having their best men.

In this new opportunity the FMC will have to start with the work of integrating the national team, there are already some names of cyclists that would be called to compete in Argentina, it all depends on the training stage they are in because for our country the date of the competition takes them at the beginning of their season.

It is worth mentioning that the selection will have to be made up of 6 cyclists and 3 assistants, it will be the first of December when the Mexican Cycling Federation announces the best cyclists that will represent our country in the international fair. (www.playsports.com.mx)