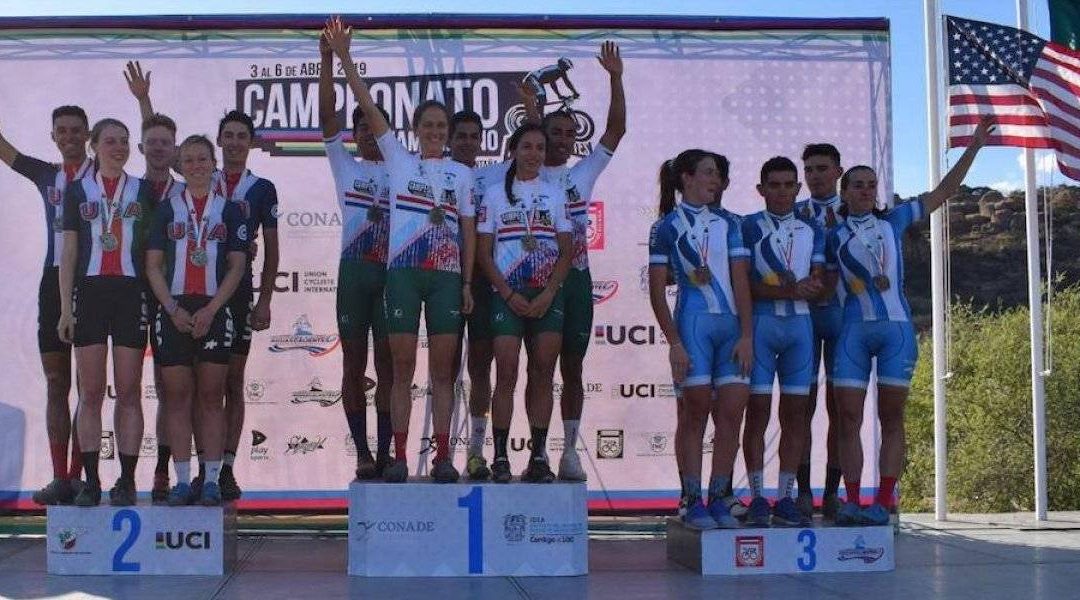 AGUASCALIENTES, MEXICO. The Mexican MTB team made vibrate the cyclist fans who were present at the XCO Pan American Championship in Aguascalientes when they won the first gold medal for Mexico in the XCR event, where Gerardo Ulloa and Monserrath Rodríguez from the AR Pro Cycling Team were part of the team. of the winning quintet.

The track of Ocote located in the state of Aguascalientes witnessed the exciting race that was lived within the framework of the Pan American MTB Championship, where the Mexican team was in charge of breaking the goal strip to be placed on the top of the podium in the XCR relay test.

The Mexican team managed to beat the United States, which is considered one of the strongest countries of the specialty occupying the second position and leaving the Argentine quintet with the bronze medal.

The Mexican relay was made up of Gerardo Ulloa and Monserrath Rodríguez of the AR Pro Cycling Team as well as Daniela Campuzano, Amando Martínez and Esteban Herrera.

With this victory, Mexico returns to the first position that it had already obtained in 2017 in Colombia with Gerardo Ulloa and Monse Rodríguez (Daniela Campuzano, Fernando Islas and Rafael Escarcega).

Gerardo Ulloa will return to take the track in his individual event on Saturday April 6 at 3:00 pm where he will be looking for the Olympic place for Mexico and conquer the elite category. (publimetro.com.mx)