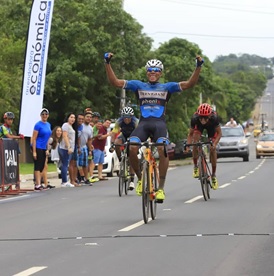 PANAMA. From Friday, June 14 to Sunday, June 16, the Panamanian Cycling Federation will hold in Chitré, province of Herrera the National Cycling Championships of individual time trial and road cycling, both sponsored by Rali, Claro and Huawei bicycles.

On Friday, June 14, the time trial will take place to choose the champions of the categories Pre junior, junior, sub 23, elite, master A, master B, master C and master D, both male and female and whose course will be 25 km starting from Divisa and ending in Parita.

On Saturday, June 15, the road test will be held for the categories Pre Junior, Junior, Master A, Master B, Master C and Master D male and the categories Pre junior, junior, sub 23, elite, Master A, Master B and Master C, female being Yineth Cubilla the current champion of the elite category, all categories will have a route of 95 km, starting at Hotel Cubitá in Chitré, Divisa, OCU entrance returning to Divisa and ending at the Hotel Cubitá.

On Sunday, June 16, the road championship for the under 23 and Elite categories will be held, where the current two-time champion Christopher Jurado of the Aeronaval team will defend his title in a demanding 175 km course starting at Hotel Cubitá in Chitré, La Arena, Divisa returning and then they will give 12 laps in the famous Chicharrón circuit where we expect the presence of all the national cycling fans.