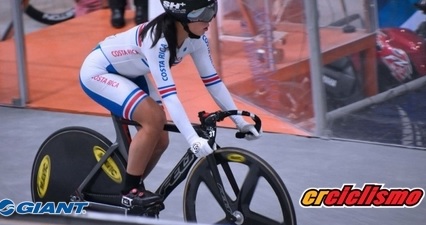 SAN JOSE. The National Track Team is ready to perform the Pan American Track Cycling Elite 2019, which will take place from September 2 to 9, at the Tamborada velodrome, in Bolivia.

The selection is made up of two cyclists; Abigail Recio and Nayib Leandro, who are ready to take on the next challenge, says Alberto Recio.

«The preparation of our two representatives has been more than good, with Abigail, who has been preparing in Mexico for two years, and who will participate for the first time in an elite Pan American (the category goes from youth to elite) and with Nayib Leandro . The process and projection that we have with the two cyclists is to qualify for the Paris 2024 Olympic Games. For this Pan American they will compete in the speed mode ».

In the case of Abigail, it was stipulated to run at least 7 competitions, but only 2 have been achieved and the last one will be the Pan American. The cancellation of some events has been the reason why the cyclist has not been able to compete as planned.

«The idea with Abigail, this year, was to compete in at least 7 events, but unfortunately there were very few of them, events in Guatemala and Mexico were suspended. Of 7 only 3 will be made, closing with this Pan-American ». Alberto details.

On the other hand, the preparation of Nayib Leandro has been good, constant and with much effort. The rider has prepared for the selection with great effort and seriousness of the case, in order to achieve the objectives proposed in the Pan American and for Paris 2024.

«I felt quite good and very strong. I have assimilated the process and work well since we started, this gives me confidence to achieve my goals in the Pan American. It has been a very strong job. I have trained a lot, but the skills are essential, there were not many because of the lack of the economic factor because it is quite expensive to leave the country, plus the two events that were suspended.

The Pan American Track will be covered by cyclists and their families, for lack of support from other entities. Despite this, cyclists are confident that they will do a great job and get the results for which they have trained so much.

«Well, everything comes out of one’s pocket, just like Alberto with Abigail, the family has supported me a lot, but for them it would cost a lot. Ronald Araya, with Inverse, has helped me with Catlike and Crossfit Renace in the gym, Óscar Ávila, Gabriela Traña in the nutrition part, they have all helped me. The last piece for this very good scheme is the support». The cyclist concluded. (crciclismo.com)