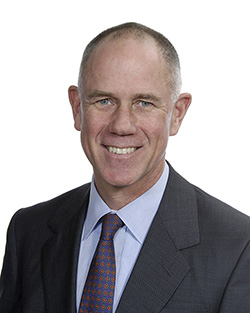 OTTAWA, ON. The Cycling Association of Canada is pleased to welcome Pierre Laflamme as its new president, after an election held in a special meeting by the provinces and territories of the organization.

Laflamme, an investment adviser based in Quebec City, has a long history in cycling and has been a member of the Board of Directors of Cycling Canada since September 2017. He has been a cyclist en route and MTB, while presiding the Élicycle Club in Quebec for three years.

“It’s exciting to complete the circle, from a passionate cyclist and club manager to a member of the Board of Cycling Canada and now President,” said Laflamme. It is an honor and a privilege to be able to give back something to the sport I love. We have had great leaders in Canadian cycling and I look forward to following in his footsteps. I want to thank our provincial and territorial partners for their trust and I look forward to working with our Board of Directors, our staff and all those interested in continuing to build and grow the sport in an integrated manner throughout the country. ”

Cycling Canada announced on November 11 that its former president John Tolkamp would officially resign from his post in December, after ten years at the helm of the organization’s Board of Directors. A total of three nominations were submitted for the election, including current Board member Robin Porter (Toronto, ON), as well as Stefano Rover (Montreal, QC), who previously served on the Board of Cycling Canada between 2009 and 2012 .

“We want to thank John for his dedication and hard work as President for the past ten years,” said Matthew Jeffries, Executive Director of Cycling Canada. “He has been a great ambassador and defender of our organization and our athletes. We look forward to working with Pierre on his new responsibility and we are confident that he will bring the same level of passion and leadership to the position that John. ”

The Interprovincial Council of Cycling Canada conducted interviews with candidates during the week of December 3 before the Special Meeting. The new president-elect will exercise his functions in the next 4 years until 2021. (Canadiancyclist.com)