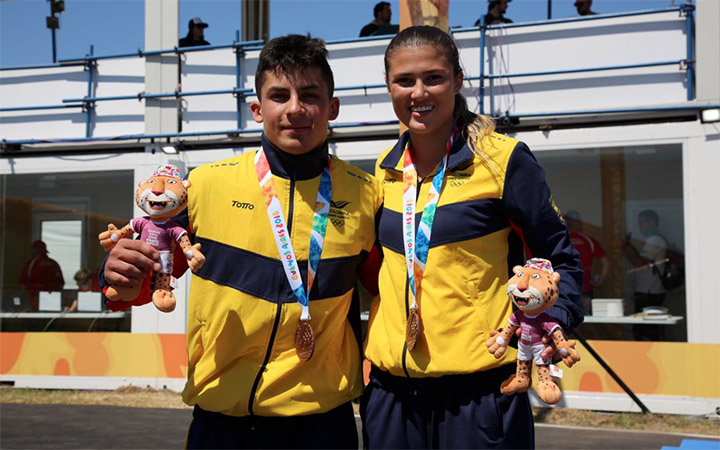 Barranquillera Gabriela Bolle and Juan Camilo Ramírez from Antioquia reached the bronze medal in BMX in the first day of competitions of the Olympic Youth Games, Buenos Aires 2018.
The two Colombian pilots reached the final after having met in great form the two qualifying series both in men and women, but in the final series were overtaken by the teams of Russia (ORO) and Switzerland (SILVER) after the summation total of the points obtained in the qualifying series and the final of the two categories, according to the regulations of the juvenile Olympic jousts.
“The bronze medal is valuable. Of course we wanted to win the gold but in the final that fifth and third place with the regulation of the Youth Olympic Games is very complex against the result. Both Gabriela and Juan Camilo were already medalists in the World Cup and in Central America. We are still looking forward, “said BMX national coach Germán Medina.