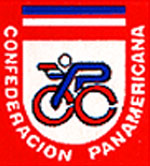 HAVANA. The 2019 Pan-American Road Championship will take place from April 29 to May 5 in the municipality of Ismiquilpan, Hidalgo, Mexico, confirmed to this edition by the President of the Pan-American Cycling Confederation (COPACI), José Manuel Peláez.

He also vice president of the International Cycling Union (UCI), said that on April 29 there will be the arrival of delegations to headquarters, while the 30th will take place the technical meeting of the continental contest.

From the competitive point of view, the 2019 Pan-American route will start its program with the time trial events for the ladies, sub 23 and elite categories, on May 1.

With the sights set on the Pan American Games in Lima, next July, and the Olympic Games in Tokyo, in 2020, competitors will have a good chance to, in addition to opting for Pan American champion jerseys, to prepare their preparation. (Copaci Press)