PRESENT THE 59 EDITION OF THE CYCLING TOUR TO GUATEMALA 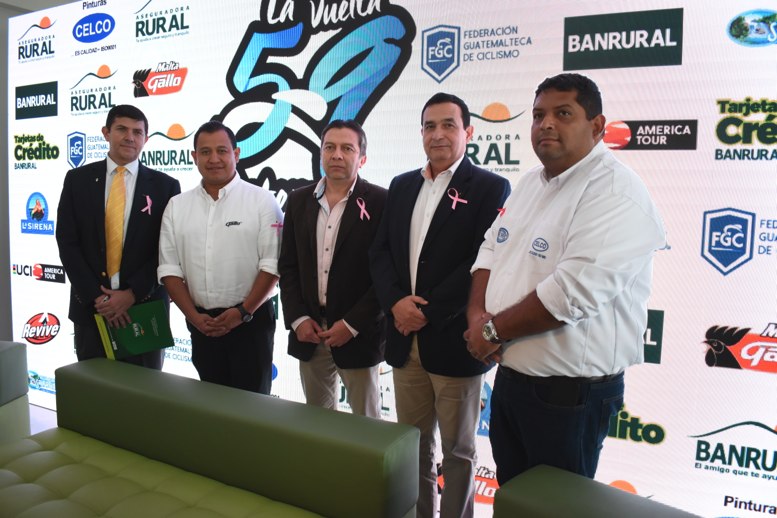 GUATEMALA CITY. With the participation of 13 national teams and 6 foreigners, 114 cyclists will seek to be crowned in the 59th edition of the Tour of Guatemala, which will be dedicated to children with cancer of the Friends Against Cancer Foundation (Fundecán).

Representatives of the National Cycling Federation and sponsors of the return presented the details of this 59th edition, which will return with a historic departure from San Benito, Petén, after 19 years since it was last visited.

With 204 kilometers the cyclists will start the return from the peteneras lands to reach the first goal in Río Dulce, which will be the stage with the greatest distance during the route.

Stuard Rodríguez, president of the Cycling Federation, said he was “very happy with the presentation of the return”, one month after one of the most important sporting events for the country.

The starting flag will be on Wednesday, October 23, the caravan of runners will visit the most emblematic departments of a cycling tour where the traditional circuit in the peripheral ring will be completed to complete the ten scheduled stages.

Jorge Mario Marroquín, technical manager of the Cycling Federation, explained that there will be 1,179 kilometers of competition, which were already taking the necessary steps to have the roads ready for the corridors.

As in previous editions, Banrural is present with insurance coverage for all national and foreign brokers that will participate in this 59th edition of the Tour of Guatemala.

José Guillermo López, General Manager of Rural Insurance, said it is a great pride to be again the official insurance company of the Cycling Tour of the country.

“On this occasion we have a very special change in the policy, we have doubled the costs of healing in cases of accidents that go from Q10 thousand to Q20 thousand and we also have the funeral support of Q30 thousand,” said López.

López also announced that in this Rural insurance edition he decided to include in the insurance policy accredited journalists who cover the route of the Tour, with the aim of protecting the people who inform the population of what is happening in the competition.

“We continue to support Guatemalan sport and as an insurer we are very proud to deliver the insurance policy that says, in Rural Insurance we know the value of life so we take care of you,” he added. (lahora.gt)