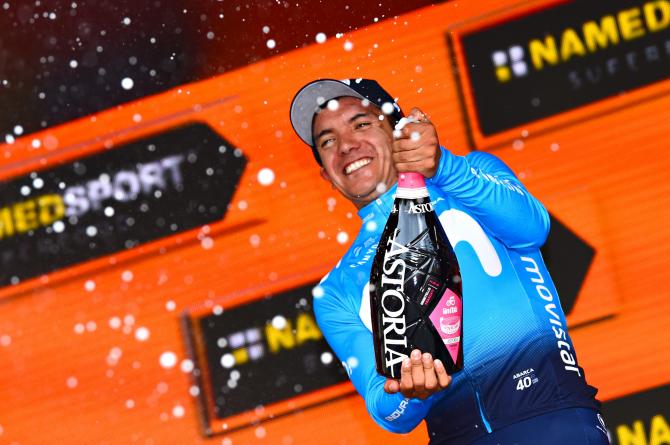 BOGOTÁ. The Ecuadorian who reached his second partial victory in this race, which traveled 131 kilometers between Saint Vincent and Courmayeur (Skyway Monte Bianco). He entered the frontal dispute for the title in a full demonstration of quality, putting in between about 2 minutes with his most bitter rivals.

Carapaz, undertook an exceptional adventure in the ascent to the penultimate mountain port and went alone in search of glory. In the group of leaders, the persecution made Roglic in the descent, then Damiano Caruso (Bahrain Merida) who sought to cut without success the difference, which was increasing as the ground was going up.

In the ascent to Verrayes, first ascent of the day and with only 9 kilometers from the game, the intense pace and the multiple attacks led by Simon Yates (Mitchelton Scott) were the constant. The main group was reduced to a dozen runners, until in the last meters of ascent and subsequent descent of this second-class port, the calm became the group and there was regrouping with a significant number of runners who came to shelter your leaders.

The numerous group was reduced remarkably with the ascent to Verrogne and Truc d’Arbe, second and third prize of mountain of the day. The control was on behalf of Jumbo Visma, who aimed to reduce the difference on the group of twelve men who took advantage to go in search of stage victory.

Before the second day of rest, the runners will face on this Sunday stage 15 of this Giro between Ivrea and Como, about 232 kilometers away. With three mountain passes in the last 60 kilometers, two second and one third category to 9 kilometers from the finish, with 4.1 kilometers at 9.8 percent difficulty. (mundociclistico.com)