SAN JUAN PRESENTED THE ROUND OF 2020, WHICH WILL HAVE JULIAN ALAPHILIPPE, THE BEST CYCLIST IN THE WORLD 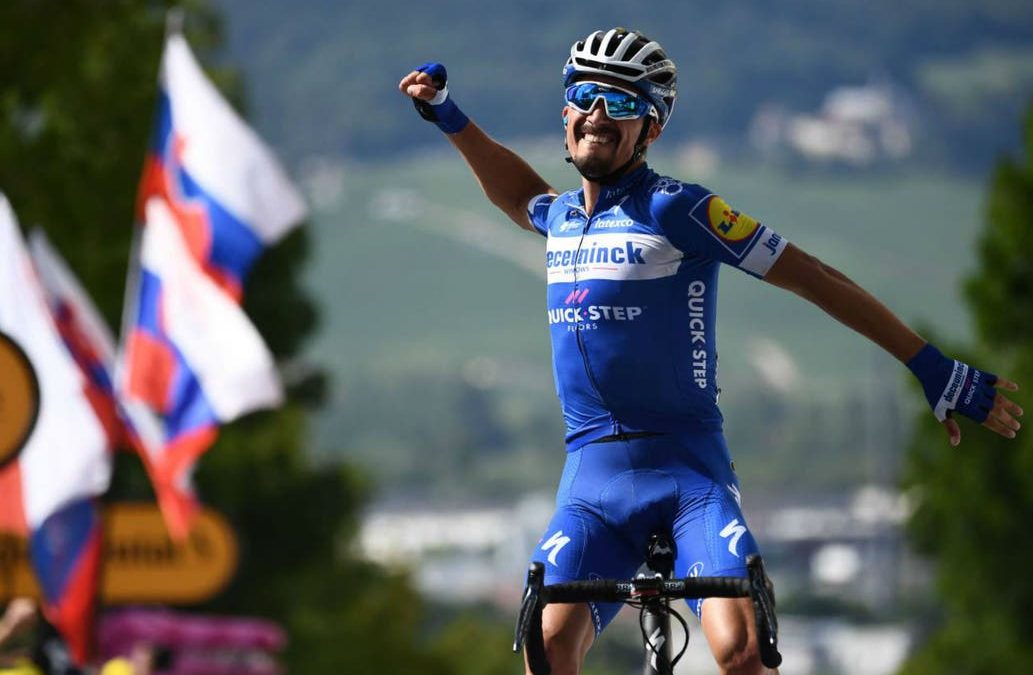 SAN JUAN, ARGENTINA. Once a year the province of San Juan dresses up and becomes the host of an international party. Its streets are colored with thousands of fans. Hotels, squares and bars invite everyone to be a part. It is a dream week, which has as special guests the best cyclists in the world who will represent teams from Germany, Belgium, United Arab Emirates, Israel, Spain and France. Among those who stand out the names of the Argentine Máximiliano Richeze, the Colombian Fernando Gaviria, the Slovak Peter Sagan and the Frenchman Julian Alaphilippe, chosen as the best cyclist of the world in 2019.

The invitation is clear and summoning. The 38th edition of the Vuelta de San Juan is a guarantee of international competition. The highest level of world cycling will compete in the race that will last seven days, from January 26 to February 2, for a whole province that conquers with its reliefs, colors and landscapes. But above all for his passion for sports.

This new year will feature a particularity, since the UCI created a new category within the World Tour: UCI Pro Series, with the aim of strengthening the cycling position among the world’s largest professional sports. The Vuelta de San Juan will be responsible for making the debut of this new path, since given the calendar, it marks the beginning of the year and the competitions. It is the only race in South America of this magnitude, that is why the mobilization of the whole society that polishes its shoes and works towards providing the best show.

Although the race will have the start order at the end of January, it began to take color this Friday. In the Posadas Hall of the Duhau Palace, the highest authorities of the different organizations, entities and political sectors were present. The Governor of the province, Sergio Uñac, the secretary of sports, Jorge Chica, the secretary of sports of the Nation, Inés Arrondo, the secretary of tourism and sports, Matías Lammens, the president of the COA, Gerardo Werthein, Juan and Gabriel Curuchet and Walter Pérez. All of them witnessed the organization that is being carried out in the province. They are the witnesses and filmmakers of this international race, and that is why they did not miss the party.

It also took place within the framework of an invitation ceremony at the height of the event. To the rhythm of Mora Godoy and a tango and malambo show performed by the Queens of malambo, the first thrust was given to a new edition of the country’s international cycling festival. There were two videos that showed images of all the color of the province, the stage for the seven stages that this competition will tell and that will end on Circunvalación Avenue.

The presence of the seven teams for the maximum race, World Tour, and the names of the teams that will play the different categories were also confirmed. There will be 24 squads, and each will have seven cyclists: