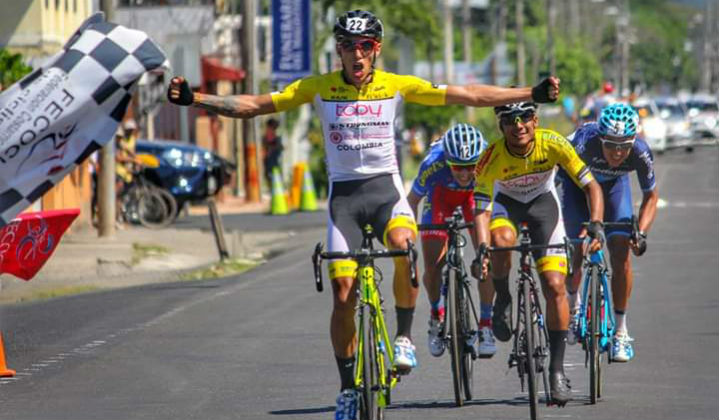 BOGOTÁ. On Thursday, the National Olympic Committee Grand Prize was held in Costa Rica, a race that was attended by Colombian runners and was played between Upala and Puntarenas on a 155-kilometer course and where the winner was Oscar Quiroz (TCBY Bikes Strongman Coldeportes), after integrating the day’s getaway.

The squad of Luis Alfonso Cely made his round business to Jonathan Cañaveral to be second and William Muñoz to be crowned as the champion of the flying goals. Yesterday, Muñoz had obtained the same title in the Fecoci Grand Prix and also won the award of the circuit winner.

The first emotion of the morning came with one of the flying goals in which William Munoz (TCBY Strongman Bicycles Coldeportes) won against Weimar Roldán (Team Medellín) and third was Pablo Alarcón (Canel’s – Specialized). In the second hot spot the winner was Weimar Roldán followed by Pablo Alarcón and William Muñoz.

In the third and last flying goal was imposed Cesar Paredes, followed by William Muñoz and Pablo Alarcón. William Muñoz proclaimed himself the champion of hot spots. Of the 12 heroes of the day, 20 kilometers from the finish, the new pointers were Colombians Oscar Sánchez, Oscar Quiroz, Jonathan Cañaveral and César Nicolás Paredes. At the end Oscar Quiroz (TCBY Strongman Bicycles Coldeportes) was the winner with followed by his teammate Jonathan Cañaveral.

Now the TCBY Strongman Bicycles Coldeportes is ready to be in line starting Sunday in the 54th edition of the Vuelta a Costa Rica.

“Fortunately, a new victory was achieved. Finally the leak resulted and we were able to finish the victory that is important to arrive with good sensations to the Vuelta a Costa Rica starting on Sunday. It was a good finish along with my partner Jonathan Cañaveral, “said Oscar Quiroz.

He also noted: “We always take care of Weimar Roldán. He could win us and fortunately we let him go on the steep slopes as we had talked with coach Luis Alfonso Cely. We did it after the third flying goal and thank God we won. I dedicate this triumph to my family and the sponsor. ” (Mundociclistico.com)