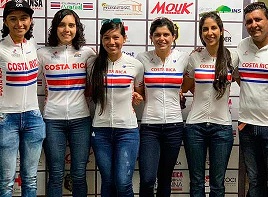 SAN JOSE. From August 9 to 11, the nineteenth edition of the International Women’s Tour of Costa Rica will be held, which this year, like the previous edition, will be accompanied by two UCI 1.2 events, called Classic CRC 506 and Essential Classics, which, They will be held on August 5 and 6.

The first Classical will be CRC 506, on Monday, August 5, it will leave Esparza at 9:00 am (local time) and arrive at Tilarán, for a total of 101 kilometers. This event will distribute among the top 10 positions a total of 128 points for the UCI world ranking.

The second Classical (78 Km), starts on Tuesday, August 6 at 9:00 in the morning, in the city of Cañas and will go to Esparza, using Route 1. This event will distribute the same amount of ICU points as the Classic CRC 506 (128 points).

After two days off, the competition will return on Friday 9 with the first stage of the Women’s Tour, which will be Esparza – Chomes – Esparza climbing Salinas, for a total of 87 kilometers of travel.

The second stage will be a 14.6-kilometer time scale between San Pedro de Turrubares and Grifo Alto de Puriscal.

The closure of the Women’s Tour of Costa Rica will be a new high mountain stage, which will begin at 9 am in the park of Curridabat on Sunday, August 11, and will end at Los Chespiritos # 1 (Cerro de la Muerte ) at an altitude of almost 3,000 meters above sea level.

For this nineteenth edition of the women’s ‘ethical’ turn, the organizers will have the presence of cyclists from Costa Rica, Ecuador, Chile, Guatemala, Mexico, Honduras, Colombia, Puerto Rico, El Salvador, Canada and Nicaragua. (EFE