THE COPACI REJOICE WITH THE TRIUMPH OF RICHARD CARAPAZ 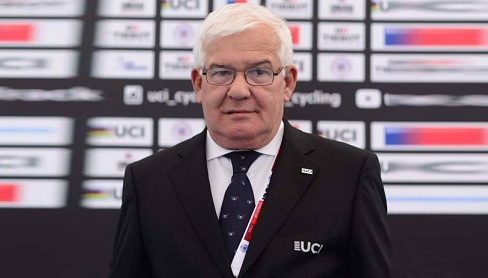 HAVANA. The Pan-American Cycling Confederation (COPACI), in the voice of its president, José Manuel Peláez, expressed his joy and pride for the triumph of the Ecuadorian Richard Carapaz in the Giro d’Italia, which ended on Sunday.

“The triumph of Richard Caparaz ratifies that in this part of the world there is a spring of excellent runners, of great talent and with great desires to succeed”, points out Peláez’s message.

Later, also vice president of the International Cycling Union (UCI), said that “Carapaz has become an example for present and future generations of cyclists from the continent and the world.” Ecuador is celebrating because one of his most exalted children has been able to climb to the top of road cycling in the world, “says Peláez.

“In this moment of joy, pride and joy we bring Richard Carapaz, his family, his teammates and his coaches our greatest recognition, while also congratulating the Ecuadorian Cycling Federation for being part of this sparkling triunfo “, ends the message of José Manuel Peláez.