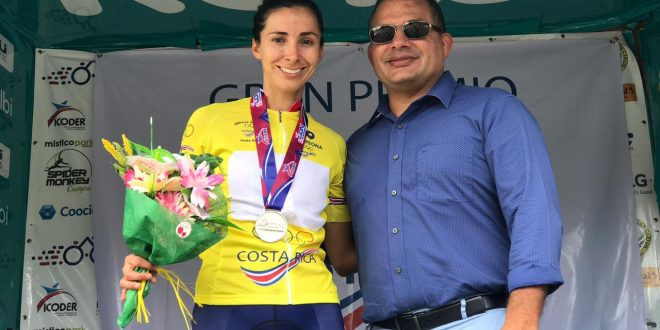 SAIN JOSE. This Tuesday took place the Grand Prize of the National Olympic Committee, with the category 1.2 UCI America Tour, which was disputed on the 109 kilometers between the towns of Quepos and Orotina, in a competition that was embraced by the sun from kilometer 0 .

Diana Solano (Store 3R Makita), ventured alone in search of the first flying goal, opening a gap with the chasing group of more than 1:20 in the town of Parrita, where this intermediate sprint was located that got the spike runner

After this sprint, runners of the stature of Brenda Santoyo (Mex), María José Vargas (CRC), Marcela Prieto (MEX) and Miriam Núñez (ECU) and the national Milagro Mena, took the lead, in the face of that would be the ascent to Villa Caletas where, Prieto del Swapit Agolico, would achieve the mountain prize.

In the absence of 7 kilometers to finish the Mexican Marcela Prieto attacked to leave alone, at a pace that only the runner Blanca Moreno endured, making the first and second place of the race respectively.