THE PAN-AMERICAN ROUTE CHAMPIONSHIP IS LISTED 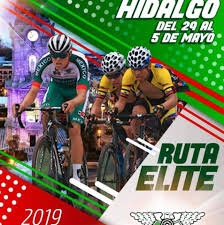 PACHUCA, HIDALGO. Hidalgo is ready to welcome the cyclists from the continent who will participate in the 2019 Pan-American Road Championship, which will take place from April 29 to May 5 in the city of Pachuca.

The president of the Cycling Association of Hidalgo, José Antonio Silva Moreno, said that they are already in the final details to house the different delegations.

So far the selections of Guyana and Mexico, who are concentrated in the state capital for the tournament have arrived.

In the Mexican team are four Hidalgo: Carlos Manuel Hernández, Leonel Palma and Fernando Islas, who make up the U23, and Francisco Lara in the Elite division.

According to Silva Moreno, on Monday, April 29, most of the selections will arrive at the Bella Airosa, on the 30th the competitions of the competitors will be carried out and on Wednesday, May 1, the actions will start with the time trial at 10 o’clock in the morning at the Río de las Avenidas Circuit.

The following day the sports activity will resume from 3 o’clock in the afternoon with the route test of the Sub 23 and Elite categories, in the female branch, in the City of Knowledge; while the weekend will touch the men’s turn in the same circuit. (elsoldehidalgo.com.mx)

ECUADORIANS AND URUGUAYANS TO THE PANAMERICAN ROUTE IN HIDALGO, MEXICO

HAVANA. The national federations of Ecuador and Uruguay, made known the respective teams that will compete in the XXXIV Pan-American Road Championship, which will take place in Pachuca de Soto, capital of the Mexican state of Hidalgo, between April 29 and April 5 next may

The governing body of cycling in Uruguay headed by the outstanding exorcist Federico Moreira, announced the following team:

Guamá, double Pan-American road champion in 2014 and 2015, won his place in the Ecuadorian team after finishing first in the technical control carried out by the Ecuadorian Cycling Federation, in Imbabura.

They also secured their presence in the team, but in the category for minors under 23, runners Santiago Montenegro, Steven Haro and Benjamín Quinteros (Movistar Team Ecuador).

Accompanying the graduate Santiago Rosero, as sports director, while the president of the Ecuadorian Cycling Federation, Engineer Oswaldo Hidalgo, will be present at the Congress of the Pan-American Cycling Confederation on the UCI Platform, which will also take place in the context of the continental contest.

In the framework of the Pan-American Road Cycling Championship, which will take place from April 29 to May 2 in Pachuca, Hidalgo, the presence of the President of the International Cycling Union, the Frenchman David Lappartient, who will preside over a meeting with all the presidents of federations of America.

With the invitation of Edgardo Hernández Chagoya, who leads the destinations of the Mexican Cycling Federation, a meeting prior to the Pan-American event with the head of the Commission of Physical Culture and Sports of our country, Ana Guevara and the president of the UCI, to specify the institutional support for Mexican cycling. (federacionciclistauruguaya.com.uy / Pan American Route 2019 Press / Copaci Press)