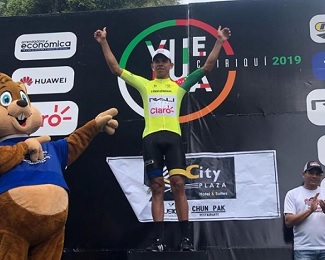 CHIRIQUÍ, PANAMA. Archibold’s triumph returned the award to Panama, which had not won this trophy since 2017, when it was Carlos Samudio’s turn.

Peruvian cyclist Alain Quispe, meanwhile, won the last stage of the XXXIX Vuelta a Chiriquí 2019, in a package that crowned Franklin Archibold as general champion. (laestrella.com.pa)