TOUR TO CHIRIQUÍ: ARCHIBOLD FLY IN THE CHRONO AND RECOVER THE LEADERSHIP, DANIEL BONILLA THE BEST TICO 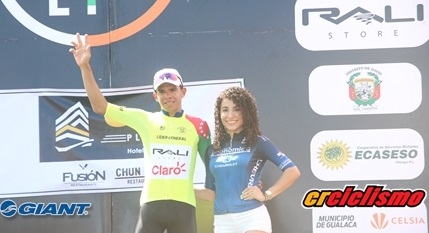 CHIQUIRÍ. La Vuelta Chiriquí lived on Tuesday the sixth stage, with an individual chrono where the tico Daniel Bonilla could not hold the shirt and it was again the Panamanian Franklin Archibold who, after winning the chrono, dressed in yellow and took important time for the stage of this Wednesday.

In total they were 19.2 kilometers with departure and arrival in Chiriquí, where each runner left one minute apart, while the last ten of the general, with two minutes between each runner.

The eyes were on three cyclists, Daniel Bonilla of Asociglobo-Nestlé-Giant, Luis López de Optics Deluxe and Franklin Archibold of Team Ininco, since these three men were the ones closest to the individual general.

Bonilla, not being a specialist, had to try to waste as little time as possible, while López and Archibold wanted to take advantage of their specialty and be able to dress as leaders.

Archibold, the Panamanian of Team Ininco, flew in each of the kilometers and little by little he was taking time both Lopez and the Tico Bonilla, and when he crossed the finish line he destroyed all the chronos and took the lead with 24:33.

For his part, the general leader, Daniel Bonilla, could not face two specialists and gradually gave time, to finally finish the stage in box 7 with a delay of 1:43 with respect to the winner Franklin Archibold who placed as new general leader.

Archibold managed to take out the seven second he lost with respect to Bonilla and put himself back at the head of the individual general adding a total of 16:45:30, now followed by Luis López de Ópticas Deluxe at 21 sec and Bonilla who went down to third place now with a delay of 1:36.

For this Wednesday comes the queen stage of the Chiriquí Tour with a day full of mountain leaving David-La Guinea-Boqueron-Potrerillos-La Chancleta-Boquete for a total of 133 km and in dispute two flyers and four mountain awards. (crciclismo.com)