TOUR TO COSTA RICA WITH A LUXURY PELOTON 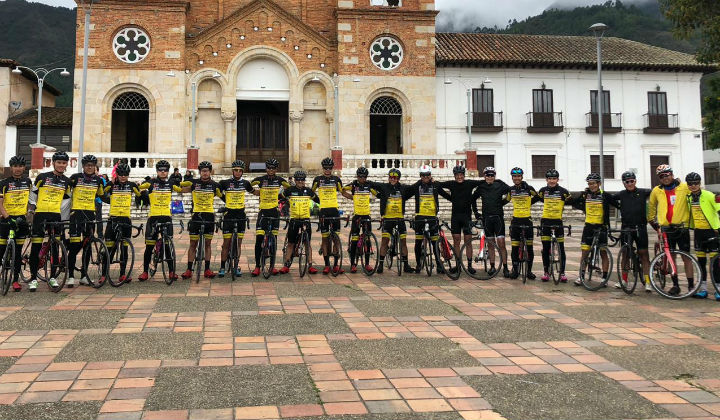 BOGOTÁ. A luxury squad announces the organization of the 54th edition of the Tour of Costa Rica to be played between December 16 and 25. TCBY Bicycles Strongman Coldeportes will be one of the teams that will be in contention for the title.

There are seven foreign teams that appear registered for the ‘tica’ round and will count on their rosters with runners of the stature of the Costa Rican Román Villalobos and the champion of the 48 edition, the Colombian, Oscar Sánchez del Canel’s of Mexico.

Also confirmed are the Mexican Luis Álvarez del Esparza Training who was leader in the Vuelta a Michoacán, the Honduran Luis López de Ópticas Deluxe who has won the stage in the Vuelta a Guatemala, the former Mexican champion Efrén Santos, among others.

Prior to the Tour of Costa Rica on December 12 and 13 there will be two Grand Prizes in which the Medellín Team will be present, directed by José Julián Velásquez, commanded by Oscar Sevilla, along with Robinson Chalapud, Robigzon Oyola, Weimar Roldán, Cristian Montoya , Walter Vargas and Nicolás Paredes, the recent champion of the Vuelta a Michoacán in Mexico.

The queen stage of the Tour of Costa Rica, between Pérez Zeledón and Paraíso, with the strong ascent to Cerro de la Muerte, will run the penultimate day of competition with a journey of 130 kilometers.