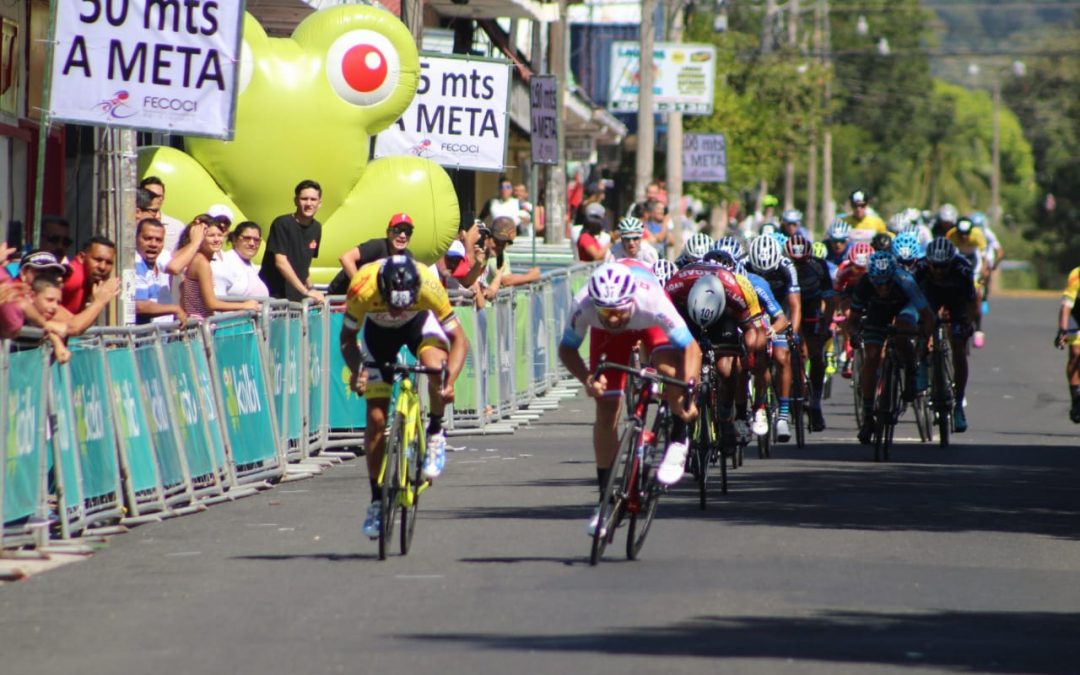 SAN JOSE. The first stage, of the 54th edition of the Vuelta Internacional a Costa Rica, began on Sunday, December 16, with 105 runners who make up the multi-colored squad.

The competition started from the National Insurance Institute in Pavas, with arrival in Cañas in the province of Guanacaste, in total, were 173 kilometers of a demanding route, which was dominated by the Russian Piskunov Maxim pedal.

This day was conformed by 3 Flying Goals and 2 Mountain Prizes, which made the cyclists suffer at all times; the plane was complicated by the strong gusts of wind that had to maneuver the riders, in addition, the ramps that were encountered in the descents were not comfortable for anyone.

It was held at kilometer 22 in front of Florida Bebidas and was contested by the three escapees. In the first position crossed the Russian Piskunov, second Paredes and third Vega. Shortly after this flying goal, the escape was absorbed by the peloton.

The fastest climber was the Costa Rican Villalobos, followed by Quiroz, third Cala and in the fourth position Chavarría.

It was played against Almaneces Roes in San Ramón, at kilometer 58 of the race, where Salas passed first and behind entered the Chilean Pablo Alarcón del Canel’s Specialized, third Cano of the TCBY Strongman.

In the Alto de Santiago, at kilometer 63 of competition, two former teammates disputed the first position of this prize; Román Villalobos del Canel’s and Bryan Salas del Nestlé, a “you to you” that was won by Salas, second Villalobos, third Joseph Chavarría of Nestlé and fourth Aristóbulo Cala of TCBY Strongman.

The escape of Jara with Padilla, continued to pay off and managed to get together to the steering wheel, which was at the intersection of Sardinal at kilometer 116, but also came to accompany them in the dispute José “Cahí” Vega Nestle team, leaving them 1 , 2 and 3 respectively.

After 5 kilometers, the fight for these three teams to win the stage, which was defined in the last meters of the finish, where the TCBY Colombian Strongman Oscar Quiroz, the tico Pablo Mudarra of Lagar Amanco and the Russian selected Piskunov Maxim closed the stage with powerful sprint, won by the Russian, who not only left the stage, but also, the steering wheels, the sub 23, the classification by points and the individual classification, in a day that the strength of his legs and work in team during the last kilometers, he was awarded with 5 shirts in a single day.

For this Monday, the second stage will be carried out from Cañas – La Cruz starting at 9:00 am. (Adry Meléndez / Press FECOCI / Roger Ajún Sandí / Communication FECOCI)