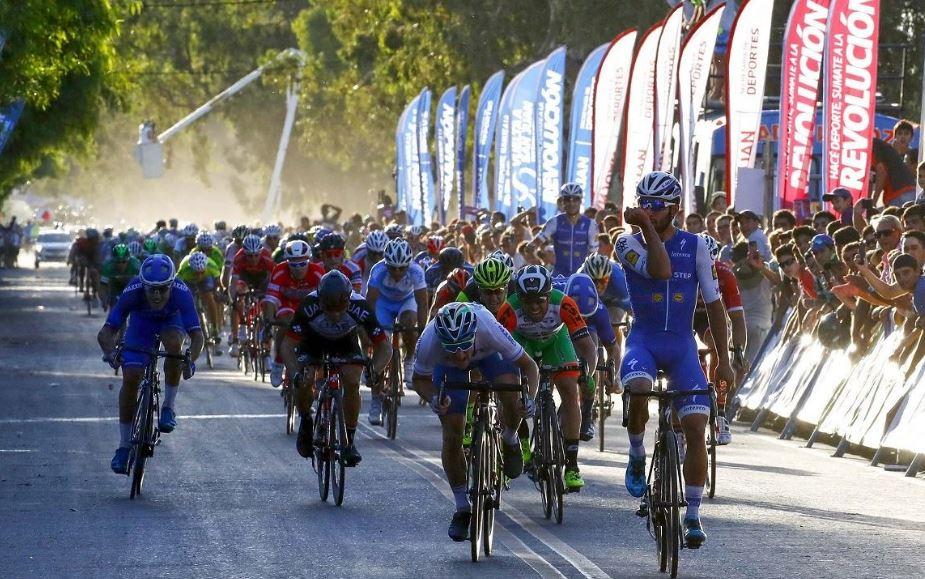 SAN JUAN, ARGENTINA. On December 5, 1981, the Mendoza Remigio Saavedra grabbed his bike and began a journey that nobody had ever made: he was convinced that he was able to unite Mendoza and Federal Capital in the same day. He did it in 18 hours and 45 minutes, but the most impressive thing is that he was 70 years old at the time of the feat. That is why that legendary day was chosen as the Day of the Cyclist in our country.

At the beginning of 2019, the Vuelta a San Juan (from January 27 to February 3), the most important cycling event in Argentina, will be run as every year. On the Day of the Cyclist, precisely, the organizers decided to present the stages and reveal all the details in an event that was attended by three Olympic champions: Juan Curuchet (Beijing 2008), Walter Pérez (Beijing 2008) and Iñaki Mazza (BMX – Youth Olympic Games 2008). The province of San Juan lives and breathes cycling. Every January the streets are transformed to receive a demanding competition that conquers followers year after year.

The event, which took place at the Emperador Hotel in Recoleta, was attended by Governor Sergio Uñac, who gave almost certain participation by Nairo Quintana, a Colombian athlete who achieved a third place in the Tour de France 2016 and was crowned champion in the Vuelta a España.

In the presentation there was a show with dance and music to highlight the historical and cultural values ​​of the province. Curuchet, who competed in this race in 2003 and got a third place, said: “It is a pride that San Juan has his Vuelta and is an example for all sectors of cycling.The former Olympic sportsman is also the president of the Argentine Cycling Union and will be the protagonist in a “surprise” of this edition.

Is that the organizers confirmed that there will be a stage called Gran Fondo, in which the general public can register to ride a bicycle in areas where the Vuelta will run. There will be Curuchet, Perez and other stars of the world of cycling like Filipo Pozzato and the Argentinean Juan Antonio Flecha.

Another important fact for cycling fans is that the 37th edition of the Vuelta a San Juan will have a wide coverage. In Argentina and the rest of America will be televised by the ESPN network; In addition, in Europe it can be seen through the EuroSport screen. In this way, this tournament will go live in more than 120 countries and on five continents.

Stage 1: The Vuelta a San Juan begins at Plaza 25 de Mayo. The first day will extend to the Difunta Correa, more precisely in Mendoza between 5th and 6th streets.

Stage 2: the participants will start the tour at Plaza de Chimbas and finish at Punta Negra.

Stage 3: the day of the time trial will star Joaquín Uñac Avenue.

Stage 4: it is the most extensive of all, with 200 kilometers away. It will begin at Plaza de Jáchal and end at Valle Fértil.

Stage 5: the start-up will be in the department of San Martín and will end in the Alto Colorado.

Stage 6: The Villium Circuit will be the start and end stage; the cyclists will pass through 9 de Julio, Albardón and Angaco.

Stage 7: the closing of the competition will be, as usual, along the Avenida de Circunvalación. In total there will be 8 turns to the circuit. (tn.com.ar)

All the participants of the Vuelta a San Juan: