TOUR TO SAN JUAN, THE FIRST CAREER OF NAIRO QUINTANA IN 2019 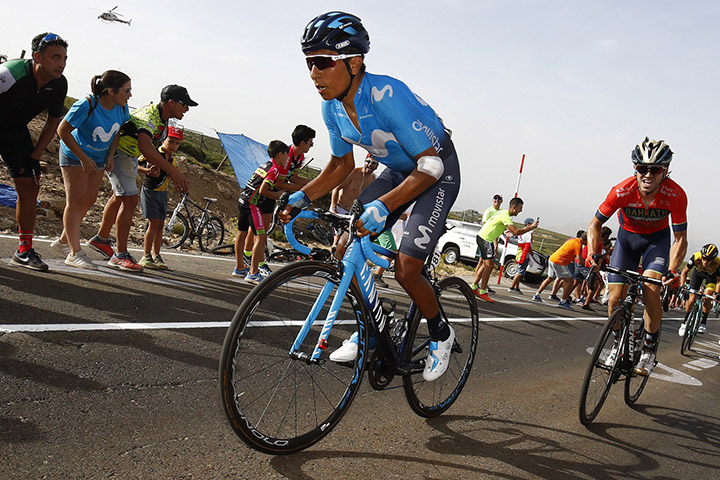 BOGOTÁ. The star Nairo Quintana (Movistar), will be another star that will start his season in the Vuelta a San Juan in Argentina, a race to be played between January 27 and February 3, 2019.

The news was given by the champion of the 2014 Giro d’Italia and Vuelta a España 2016, during the press conference of the Nairo Quintana Grand Fund that takes place this Saturday first of December. What means that it will be another of the figures absent from the National Route Championship based in the Meta department to be held between January 30 and February 3.

The great Boyacan climber will be participating for the first time in the Vuelta a San Juan, before he did them three times in the missing Tour de San Luis, which he won in 2014.

Nairo Quintana will be moving to Spain in the coming days for the presentation of Movistar on the 18th of this month in Madrid. Its main objectives for next year are the Tour de France and the Vuelta a España. The Boyacan will be with Movistar in the Tour Colombia to be played between February 12 and 17 in Antioquia territory. (www.revistamundociclistico.com)