TOUR TO SAN JUAN: THERE WILL BE SEVEN SELECTIONS PRESENT 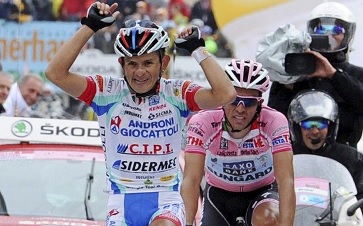 SAN JUAN, ARGENTINA. Based on the premise that in places like South America where cycling needs further promotion, it is confirmed that the Vuelta de San Juan, the only one with the ProSeries category (second world level) to be held in these parts, the UCI (International Cycling Unionh) authorized the organization of the Vuelta a San Juan to expand its quota of national teams granting the possibility to cyclists in the region to compete with several of the best in the world squad.

In the presentation, made on November 9, it was reported that they would be selected from Argentina, Uruguay, Russia and Italy. Many wondered why Chile was not a regular animator of the race since its first edition.

From that quartet Italy was “lowered”, but four national groups of American countries joined: Brazil and Peru, which were last year, Venezuela and Panama.

The expectation in Venezuela for the participation of his squad has penetrated deeply, so much that almost two months after the race and with the Vuelta al Táchira (traditional test 2.2 of that country) in between a team has been designated to travel to San Juan on January 6 and not only run the 38th edition of the Tour, but also the Giro del Sol.

The squad will be commanded by the laureate José Rujano (third in the Tour of Italy 2005 and winner of the Vueltatas al Táchira, 4 times, and the Vueltas a Colombia y Venezuela. With the 37-year-old cyclist born in Mérida will come: José Alarcón, Roniel Campos, Anderson Paredes, Clever Martínez and Máximo Rojas The sextet will be directed by Armando Gil.

La Vuelta is more than fulfilling its objectives because its success boosts the local season by providing equipment to other competitions such as the Giro and the Double Half Water. (diariodecuyo.com.ar)