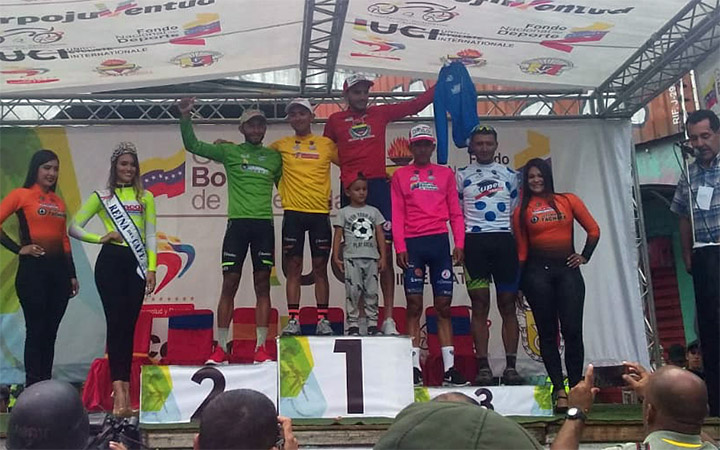 CARACAS. Venezuelan cyclist Orluis Aular (Governor of Miranda) has won the third stage of the 54th edition of the Vuelta al Táchira en Bicicleta, a 132.2-kilometer race held Sunday between the Venezuelan towns of San Cristóbal and Táriba.

With a time of 3 hours, 16 minutes and 29 seconds, Aular won the sprint on arrival in Táriba, where he beat Ralph Monsalve (Venenuela País de Futuro) and Norberto Vilchez (Betplay), second and third respectively.

“I am very happy because everything went as planned at the meeting, the team did a great job and formed the train for me at the arrival,” explained Aular.

The local Jhonatan Salinas (Táchira Lottery), who donned the leader’s jersey after winning the second stage, remained at the head of the individual general classification, which did not suffer variations in his first three places.

“The team did a great job, with a great effort to keep the shirt, and I have to congratulate them tomorrow will be another tough day, very demanding, but we will see, I hope the teammates have the necessary strength,” explained Salinas.

With a high race pace, he started the third stage of the Vuelta al Táchira, where the lottery players were placed at the head of the race to avoid any early attack that put Salinas’ leadership at risk. Even so there were several attempts to escape, all neutralized, to end up facing the final kilometers with the peloton grouped for the sprint.

The Vuelta al Táchira will continue this Monday with the dispute of its stage card, of 146.9 kilometers between San Felix and Santa Cruz de Mora.

A total of 125 cyclists from twelve national squads and ten foreign teams compete from last January 11 and until the next day 18 the `Vuelta Grande de América ‘, where Pedro Gutiérrez, victor in 2018, will fight to win the trophy. (esciclismo.es)