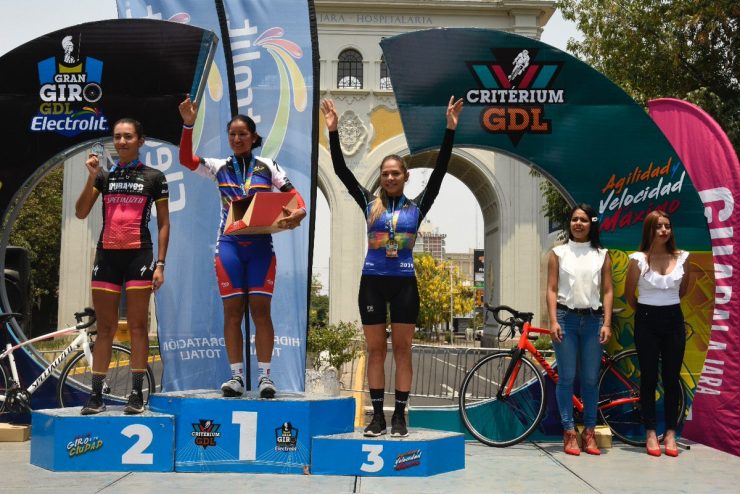 GUADALAJARA MEXICO. Cuban rider Iraida García triumphs in the women’s section of the fourth edition of the Gran Giro Guadalajara, which took place on Sunday, May 26, beginning at eight o’clock, from the Arcos de Guadalajara, with a tour through the most picturesque streets of the city. pearl tapatia “.

Iraida Garcia Ocasio, specialist in route for the Cuban national team, won the gold medal in the Elite category with 5:09:37. The second position was in the hands of Mexicans Naomi Langarica and Andrea Martínez.

Iraida, originally from Jovellanos, Matanzas was born on May 26, 1989, so this triumph occurs on the same day that celebrates her 30th birthday.

The double Panamerican road champion commented that the organization found it fantastic: “In a big fund it is more resistance, the strongest men and the best trained athletes are the ones that arrive and I thought the race was good”.

In the men’s branch the triumph fell to Jalisco Edibaldo Maldonado, with an unofficial record of 5:09:14. The second place culminated Antonio Esquivel and third Braulio Nuñez, the three representing Mexico in the joust.

The 26-year-old cyclist led the contingent in much of the middle ground. At the start of the second round by Perla Tapatia, Maldonado lost the top, but passing through the Matute Bridge Remus regained the advantage and went to the finish line, with a bulky contingent more than 30 meters away, according to Zócalo.

In the Grand Tour Guadalajara in this fourth edition had a participation of more than 500 cyclists of various nationalities grouped in various categories by age in the female and male, ranging from 15 and up to 60 years and over. (millennium.com)