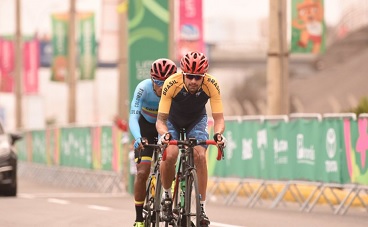 LONDRINA. The International Cycling Union (UCI) released a previous ranking ranking for the Tokyo 2020 Paralympics. The criteria used to define the amount of placings for each country is for consideration of the scoring periods in the combined route and track ranking.

At the Tokyo 2020 Paralympic Games, 153 medals distributed between road and track parachuting will be played, which total 51 events. In the last edition of the games, the Brazilian team won two medals on the road through Lauro Chaman, who was bronze in the time trial and silver on the road.

The Brazilian Cycling Confederation, chaired by Jose Luiz Vasceoncellos, establishes that for the places for Tokyo 2020 they will be occupied by athletes who added valid points during each qualifying period.

The selected athletes may not be involved in disciplinary proceedings, notified by doping and must be aligned to the Code of Ethics of the Brazilian Cycling Confederation. (cbc.esp.br)