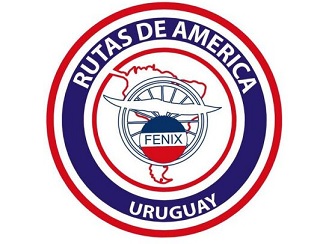 MONTEVIDEO. The stage race Rutas de América, considered one of the most important cycling competitions in Uruguay, will celebrate its first female version in March in the framework of its 48th edition, officials said on Monday during its launch.

The female race, unprecedented for the cycling competition that takes place every year in the carnival week of the southern country, will have three stages and will end in Montevideo on the same day as its male equivalent of nine stages, said the president of the organizer Club Ciclista Phoenix, Yonir Bordenave.

“For us to be the first female American Routes is very important and it is a pride that the Club Ciclista Fénix of this kick-off so that the ladies have their competition and they can make a calendar for them too “, highlighted Bordenave.

In the same vein, the president of the Uruguayan Olympic Committee, Julio César Maglione, said that promoting the equal participation of men and women is part of the “feeling of sport”, which, above the competition, promotes values ​​such as “the understanding and solidarity “.

For his part, the coordinator of the Secretariat of Sport of the Municipality of Montevideo (IM), Daniel Leite, stressed that Rutas de América is “a mirror” in which good practices are reflecte cycling, a sport that, he said, is of great interest to many Uruguayans.

“The sport of competition what it does is to generate encouragement in the one that perhaps does not want to compete but uses the element, the bicycle that the cyclists know how to use very well, and each show of these generates
that empathy that is necessary, “said Leite.

“We bet that (Routes of America) really is a real party, that we can see the women’s time trial, unprecedented for the country, and at the time of the arrival of the last stage can be appreciate that caravan that comes coming, “he said.

The male event of Rutas de América will be held between March 3 and 10 starting from Montevideo and will have stages in the departments of Canelones, Maldonado, Lavalleja, Treinta y Tres, Cerro Largo, Tacuarembó, Peach and Flowers.

The women’s event will start on March 8 – International Women’s Day – in the town of Trinidad and then pass through the departments of Canelones and Montevideo until they reach the center of the capital, where both races are expected to finish. (EFE)