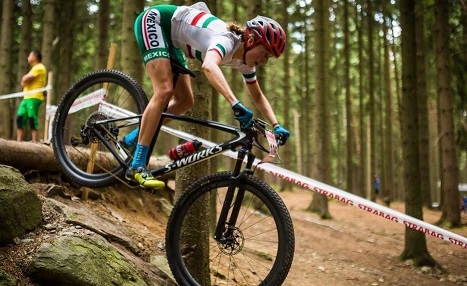 PUEBLA, MEXICO. The Hidalgo from Daniela Campuzano Chávez Peón demonstrated her strength in the mountains and won the International Cycling Cup of the specialty, which was held in Araxá, Brazil, which consisted of four events (marathon, time trial, short track and cross country).

With a final time of 5 hours 37 minutes and 07 seconds, the Mexican won the first place in the general classification, leaving in second place the Argentinean Agustina María Apaza with 5: 46.45 and the third step for the Brazilian Jaqueline Mourao with 5: 50.54.

On the last day of competitions, Campuzano Chávez won the cross country test with a mark of one hour 09 minutes and 01 second, followed by Argentina Agustina María Apaza, with a time of 1: 20.29 and third came the local Jaqueline Mourao with 1: 21.14.

The double Central American medalist started the competition with the right foot, as it was the first place in the marathon with a record of 3 hours 21 minutes and 10 seconds, the next day, took the time trial to stop the clock with 18 minutes 45 seconds and 830 hundredths and in the short track he crossed the finish line with 38.08.929.

At the end of her competition, the national cyclist was satisfied with the results obtained during the four days, in which she put her skills on the bike to the test.

The Brazilian fair was part of the preparation of the Olympics ahead of the Pan American Games Lima 2019; In addition, it distributed units in the international ranking heading to Tokyo 2020. (desdespuebla.com)