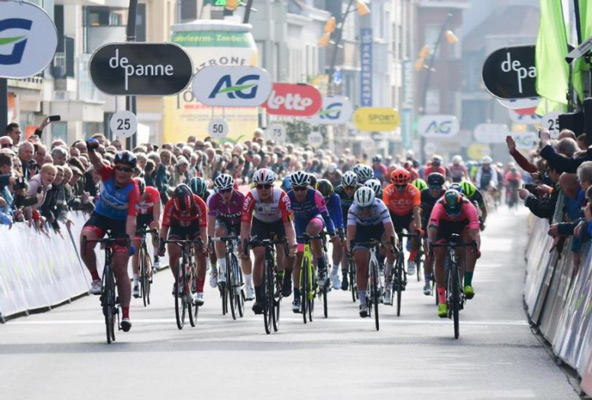 The manzanillera retaliated thus from a bad start in this part of the season for Europe when last Sunday crossed the finish line in 43rd place in the twenty-first edition of the Alfredo Binda Trophy, in Italy.

On that occasion the Dutch Marianne Vos triumphed, Olympic gold of London 2012, who scored 3:27:03 hours in the 131 kilometers. Of 130 competitors who started only 58, they were able to consume that route.

The Sierra de Cuba this time ahead of the exceptional European rider to leave the number 10 place to the runner, who plays in the professional team CCC-Liv.

Another cyclist from the Netherlands, Kirsten Wild of the WNT Rotor club, imposed her lethal shot, escorted by her compatriot Lorena Wiebes (Parkhotel Valkenburg) and the Belgian Lotte Kopecky (Lotto Soudal).

The West Indian that appears in the eleventh place of the world ranking of route seems that it left the fatigue of the long trip of Havana to Italy and today it pressed the accelerator.

«I’m going to massage, I’m” off “although very happy», at least he managed to comment to JIT when he returned from the strong competition.

“I expected to recover in these days and I was better, now to prepare for next Sunday’s races, and days 3, 7 and 8,” he recalled.

These commitments are part of the calendar of the International Cycling Union (UCI) and are eligible for the list of the orb, and in turn for the Olympic classification heading to Tokyo.

Sunday will be the Gent-Wevelgem, race in which Arlenis was fourth in 2018. (Lisset Isabel Ricardo / jit.cu)