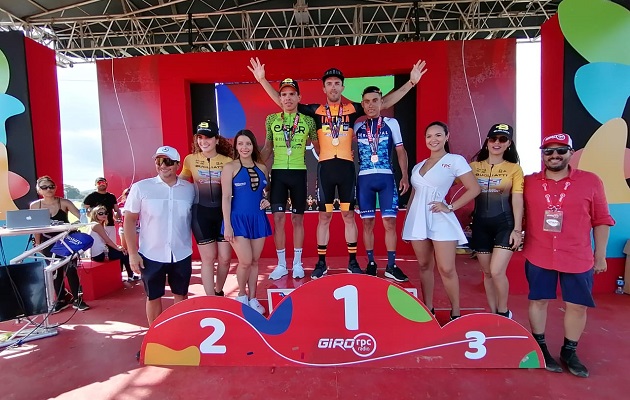 CITY OF PANAMA. The Spanish cyclist Diego Milan, of the Inteja IMCA Ridea DCT team, took the honors in the newly opened Open category of the RPC Tour, after completing the 86 kilometers of route in 2 hours, 03 minutes, 57 seconds.

In the general classification Milan was escorted by Luis Álvarez and Franklin Archibold.

“It has been a triumph very worked by the team as they have seen all these days, we wanted to show an event that we hope will grow, that in addition to Inteja, more teams come and there is more level,” said Milan.

One of the favorites, the blaster Christofer Jurado, who reached only 1 point from the leader to the third and final stage of the Open category, left the competition after completing lap 13 for physical wear.

“The legs did not give me today, Inteja is a team that is quite complete, a lot of difference, and practically one is alone and is quite difficult,” said Jury.

On the other hand, in the Master A division, Frank Travieso won for the third time, accumulating a total of 491 points overall.

Naughty, 39 and who lives in Georgia, is part of the Contractor EDA. The three-time champion arrived in Panama in very good condition, after winning two major races in Pennsylvania, the previous weekend.

The level Master C had as general monarch Jorge Otálvaro Restrepo, of the Momi Ranking Diamond Team, of Colombia, who totaled 492 points. Restrepo was also crowned in the Giro as a mountain champion.

While the Venezuelan biker Jennifer César won for the second consecutive year in the Open 19+ category.

For females B, Panamanian Marcia Alejandra Barrios swept the first place in the general classification, as well as in the mountains and flying goals, as she did in the last edition, where overall champion 2018 will be crowned. (panamaamerica.com. pa)