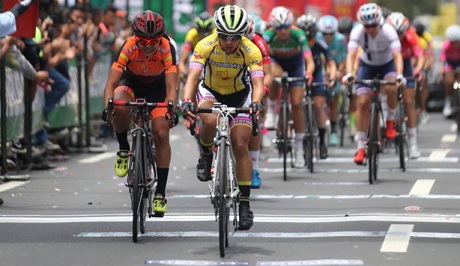 GUATEMALA. As of today, a total of 17 teams, between nationals and foreigners, will dispute the 19th edition of the Women’s Tour to Guatemala, qualified with a 2.2 degree by the International Cycling Union (UCI), which will have a total distance of 462.3 kilometers.

There will be 13 foreign representatives and 4 Guatemalans who will gather 98 cyclists and who will shoot in the departments of Escuintla, Sololá, Quetzaltenango, Totonicapán, Chimaltenango and Guatemala City.

To ensure fair play, the UCI appointed Carmen Jaimes de Machado as international curator. Machado is of Venezuelan nationality and will serve as director of the Panel of Commissioners, with the assistance of the international commissioner Juan Cano Arcila, of Colombia, and the Guatemalan Josué Esquit Robledo.

One of the Guatemalan exponents with high transcendence rates will be Gabriela Soto, who will wear the colors of the Mexican team Swapit-Agolico, which is based in the city of Guadalajara, Mexico.

“I have adapted very well and I hope that the good results will come. The expectation is to win the return. There are full runners “, analyzed the Quetzalteca athlete of 26 years.

Among the security filters that will be available to the Guatemalan Cycling Federation, the organizer of the event, at least 20 anti-doping tests were confirmed, of which 4 are expected per stage, by the National Anti-Doping Agency. (dca.gob.gt)