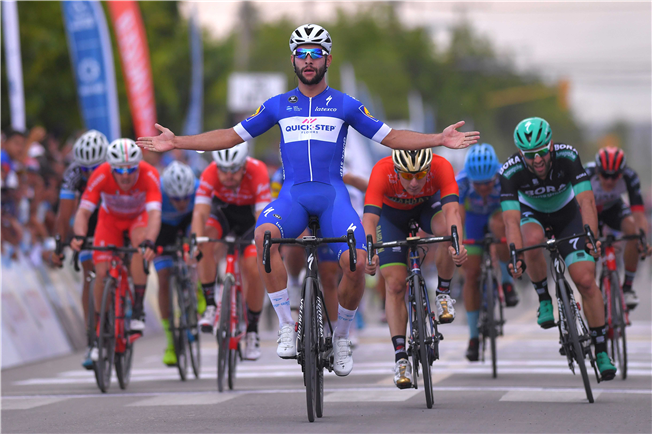 SAN JUAN. Although the next one will be the 37th edition, it will only be the third international category. In 2017, Nibali, Boonen, Gaviria, Rui Costa and Bauke Mollema, in the end the winner, were the stars; again Nibali, Gaviria and Majka were in 2018; for 2019 the list of stars grows with the presence of, in addition to Gaviria, a fixed in Argentina, Peter Sagan, Nairo Quintana, Mark Cavendish, Julian Alaphilippe, Tiesj Benoot and Tim Wellens.

There will be world champions, winners of great laps in stages, classics, sprinters … but at the level of them the attention is captured by the very young Remco Evenepoel, European and World Junior champion and time trial and who, after making the jump directly from juveniles, will debut in San Juan, where he will also turn 19 years old.

There will be a total of 27 teams – as in 2018 – who will take part in the 37th Tour of San Juan. Of these, six will be World Tour category: Bora-Hansgrohe (Germany), Dimension Data (South Africa), Deceuninck-Quick Step (Belgium), UAE Emirates (United Arab Emirates), Movistar (Spain) and Lotto-Soudal (Belgium).

As in other years, the participation is completed by a large representation of South American cycling, with the presence of the national teams of Uruguay, Peru, Mexico, Chile, Brazil and Cuba, as well as Argentina.

All of them will do with some of its best cyclists and in addition to the aforementioned stars will have to talk and take into account Óscar Sevilla (Medellín), local Ricardo School (Fatima), Giovanni Visconti (Wilier) and, among many others, Max Richeze (Deceunik-Quick Step), who can boast of having as many international triumphs in San Juan as Fernando Gaviria himself: two stages in 2017 and one in 2018, in addition to the two he won -one in 2005 and the other in 2007- when the test had not yet transcended borders.

The keys of the race will be the Pocito time trial, over 12 km, in the third stage, and especially in the arrival to the Alto Colorado (fifth stage and after a day of rest), a port not very hard, but 14, 4 km long and whose summit is 2,565 m altitude. The fast men will have their show the rest of the day.

Like last year, the Vuelta a San Juan can be followed live on television. But in 2019 there will be many more countries that will have a signal thanks to the agreements with ESPN (Latin America), Eurosport (Europe and Asia), Fox Sports (Africa), Sky (New Zealand), Flobikes (USA) and DAZN (Canada) and Japan). (Zkloland.com)