TOUR OF ITALY: HERE CARAPAZ AND AFTER GLORY 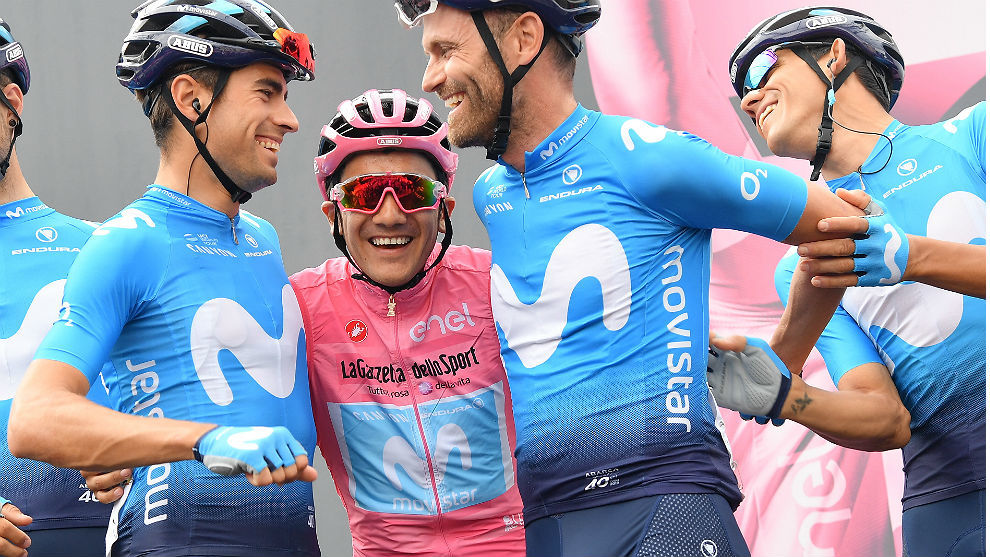 MADRID. If Richard Carapaz had been asked outside the microphone 15 days ago if he saw himself with the pink jersey at this point of Giro, he had answered yes. After dressing her up yesterday, she is asked with light, camera, microphone and pens if she sees her next Sunday in Verona: there is also an affirmative answer. Such is the conviction of his work with Iosune Murillo, his coach, “a whole year preparing this situation.”

Seven seconds are only those that separate him from Primoz Roglic, the superfavorite out and still with airs of superiority, not for his current results, but for what he can hide in his game of cards with Vincenzo Nibali. “It seemed to me that the rivals were not well, Mikel was not perfect either, so I decided to attack, the descent was good, without risking too much, and especially the third port where the goal was,” Richi explained, perhaps the runner of the WorldTour that lives at higher altitude when it is in its land, Carchi, Ecuador: 3,000 meters nothing less.

In the uphill terrain that remains to be covered, Carapaz is safe. “If there is Gavia, well and if not, too,” he affirmed before the official confirmation arrived that Cima Coppi will not be able to ascend this year. (But a boy raised at 3,000 meters would be more comfortable in Gavia’s 2,600 than others). “The Mortirolo is also very hard,” he warned. He considers that “maybe Nibali may be the most dangerous on the mountain”, but he has it already a considerable difference, 1:47.

The proof that Carapaz has won a place among the top favorites was given on Friday with his climb to Ceresole Reale, where no one coughed: he took 20 seconds off the winner Zakarin – who yesterday noticed the effort and left 7 : 20-and 32 to Mikel Landa, who “was not going very well,” said Carapaz himself. The beatings are paid although according to what was seen in the fulminating stage yesterday, the Alavés had enough strength to face the few times that Nibali or Roglic tried to stretch the rope, the tactics of the Movistar Team turned around, although We collect the fragments of conversations collected during these two weeks of the course, it is deduced that the Spanish team was more confident in the Ecuadorian than in Landa.

Mikel thought Richi’s victory was “great”. “He has been very good and he has thrown forward, first class!”, Celebrated the Scaldor of Murgia, fifth of the general at 2:50 of his partner. “Playing with two cards has favored us,” said Richard Carapaz, who hopes to continue serving him to preserve the jersey. “Richi is the leader, he can wear the pink jersey until the end and I respect him,” Mikel Landa certified.

The last pink jersey of Movistar was celebrated in style in 2017, but the two days of leader of Nairo Quintana vanished in the clock, the last stage in Milan. A year before Andrey Amador had achieved it, although it only lasted a day. Perspectives with Carapaz, the team’s candidate since the start, are much more optimistic. Carapaz will turn 26 on Wednesday. If by then it continues with the jersey of the victors, there will be no one to stop it. “I’m not afraid of Verona’s chrono,” he stressed to fend off fears that the end of 2017 will be repeated. (marca.com)