TOUR TO GUATEMALA: YATES GET THE SECOND STAGE AND PADILLA CONTINUES TO LEAD 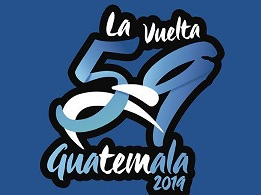 GUATEMALA CITY. The New Zealand cyclist Joel Yates won the second stage of the Tour of Guatemala on Thursday, while the Guatemalan Julio Padilla, who finished second, remains at the head of the individual general classification.

Yates, a 21-year-old, crossed the finish line alone and with comfort to immediately become the first New Zealand cyclist to win a stage of the Tour of Guatemala.

The fraction of this Thursday had a journey of 125.5 kilometers and left from the Malecon of Puerto Barrios, after paying tribute to Mexican cyclist Carlos López, champion in 2007 and died in December 2018 after being hit by a vehicle.

The multicolored squad, who faced 6 ring roads before the finish line, faced the first flying goal of the stage at the end of the second round, at kilometer 23, with victory for the Colombian Steven Cuesta – who later suffered a damage on his bike- , while the second was in the hands of Peruvian Alonso Gamero.

Before facing the finish line, the platoon faced the third flying goal of the second stage at the end of the sixth lap, at kilometer 69, with victory again for Gamero, who dreamed of raising his arms at the end of the day, but that again it was in a chimera.

And in those last meters the sub-23 Leonardo González starred in the most important escape of the stage and managed to take an advantage of more than 2 minutes to the platoon, but Yates reached it in the last 10 kilometers, followed by Padilla and Dorian Monterroso, who finished third.

The third stage will be played this Friday with 93 kilometers between Gualán, El Rancho, El Progreso and Guastatoya. (EFE)