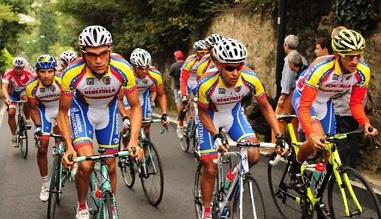 CARACAS. Creole cycling this weekend provided a new ticket for the Tokyo 2020 Olympic Games, after Venezuela added the necessary points to take over the quota in what was the qualifying closure of the International Cycling Union (UCI).

In the process that took place between October 22, 2018 and that lasted until October 27 of this year, Venezuela ranked 41st with a total of 947 points. And it is that according to the regulations governing the UCI, the various National Olympic Committees that are located between positions 33 and 50, will be awarded a country quota.

After this classification, now it will be the Venezuelan Federation of Cycling (Feveciclismo) who will make the decision to assign the male athlete who will have the responsibility of representing the country in the great Japanese sports fair. To do this, he will carry out a series of studies, tests and analyzes, so that he can choose the best one.

“We celebrate this new quota for the 2020 Tokyo Olympics along with the whole country, now we must wait for the closing of the nominal registration scheduled for the month of July, where the federation must indicate the name of the classified athlete,” he said proudly. President of the Venezuelan Olympic Committee (VOC) Eduardo Álvarez, who took the opportunity to confess that for the first quarter of next year the largest number of Creole representatives will be participating in qualifying events.

Another who did not hide his satisfaction for the new quota of Venezuela for the Olympic event, was the president of Feveciclismo Eliécer Rojas, who said that the country had won the ticket, thanks to the fact that it met the fifth technical criterion of Olympic classification. (analytics.com)